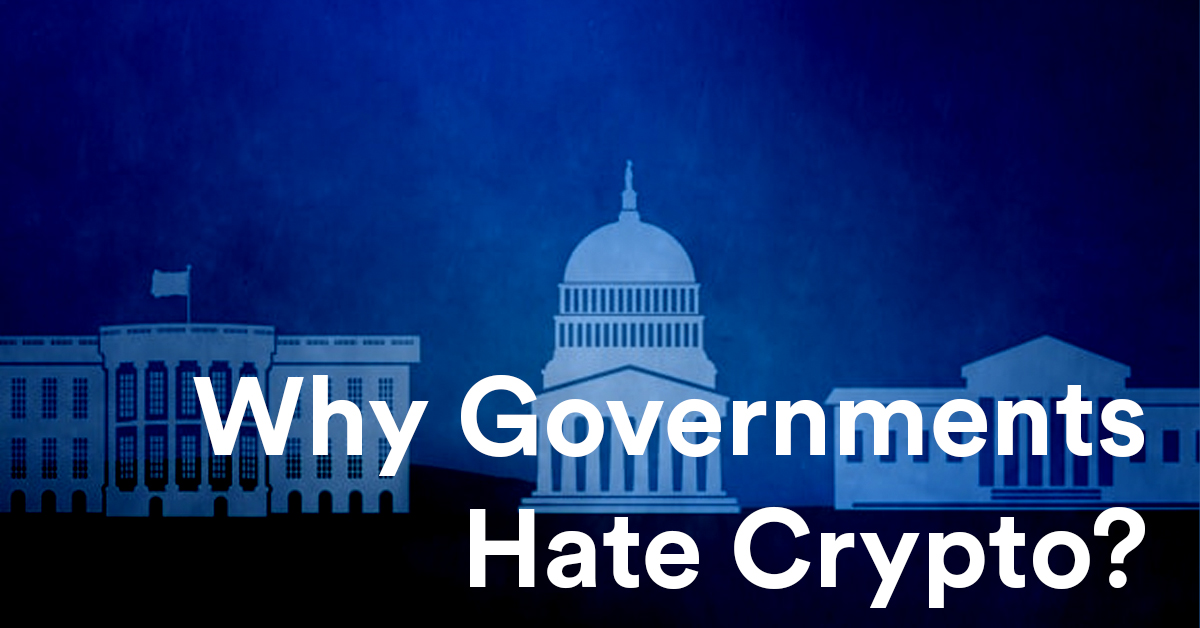 Cryptocurrencies spearheaded with the meteoric rise of Bitcoin and Ethereum have quickly managed to find a place amongst users all across the world. While people praise their new cryptocurrencies for their ease of use and investing possibility, not everyone is happy about their rise. One of the biggest proponents of crypto in its current form is the governments of the world’s biggest economies. The US, China, and Europe are just some of the biggest enemies of Bitcoin and similar currencies!

Why Is Crypto Hated By The Government?

Most governments are openly hostile towards crypto and in some cases, they have a valid reason to be like that. The biggest problem that the government faces with crypto is how anonymous the whole thing is. While some cryptocurrencies have open records on who owns what with public transactions, others don’t. And this can be a problem. Crypto has quickly become popular amongst criminals and people that want to avoid paying taxes.

This, as you might suppose makes the governments of the world furious, as regular FIAT currency is relatively easy to track via bank transactions. The second and probable equality as a troubling reason for this hatred is how crypto circumvents central banks entirely.

Banks are owned by corporations, families, and countries and they are a great source of revenue and influence for those parties. With the arrival of crypto, all of this changes. Now people can completely circumvent banks and store their valuables online in a decentralized system where no one can track what they have and how much they have. Another big issue with crypto, that most people can stand behind is its instability. While banks and regular FIAT money have at least some value determined by the economy of the country where it’s used, crypto has no such thing. The thing that makes crypto so lucrative is also the thing that can make it a disaster for some investors.

Prices of crypto can rise and fall for no reason leaving some rich and some people poor. As you might realize, this is a big problem for governments that want their people to prosper and not lose their money through online scams and volatile currencies.

Where Is Crypto Banned? Bitcoin and similar cryptocurrencies are banned in mainland China. This has lead to a lot of mining operations closing down and the price of Bitcoin falling drastically in recent months.

As in most countries, payment with Bitcoin is not regulated by the National Bank so its use as legal tender is prohibited. It is still possible to invest in it though.

These South American countries have banned the use as payment and investment for Bitcoin and other forms of crypto. Ecuador even banned its usage with a national assembly vote!